A take on Drools Boot Camp 09…

First day, “state of the union”: 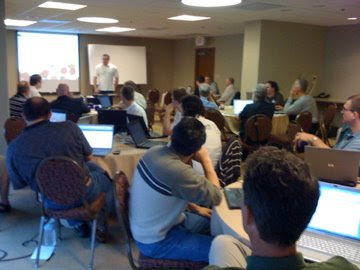 We had a few kind-of presentations each day, but mostly unstructured. I think it worked pretty well for the most part. 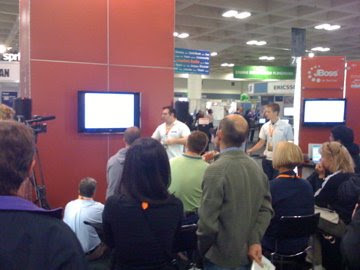 Just a few of the interesting things I worked on with others:

NHIM:
Talked with Emory Fry about a standard rule based “platform” for the National Health Information Network – the idea being a common model, execution server and environment so that rules can be sent as messages, and processed close to where the data lives (rather then having to pull all the data around).

Michael Finger worked on making Jackrabbit clusterable for failover (I expect a blog from him sometime !).

A general point I took away was the different ways people will want to integrate and re-use your code, often in unexpected ways. I need to be more vigilant in leaving clear interfaces, with documentation for others to use, and think more about plug in architectures that allow people to extend things in an safe and upgrade friendly way.

For some R&R some of us went on an epic ride across the Golden Gate Bridge: 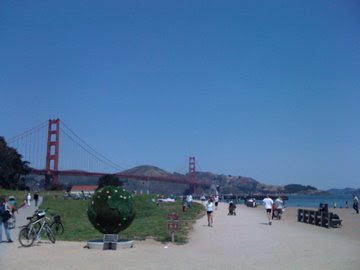 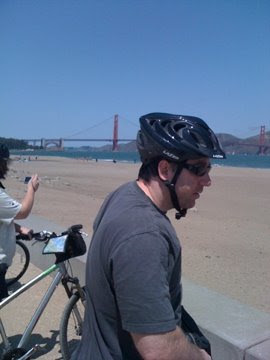 Kris Verlaenen tried to kill us a few times, taking us down dead end hills only to ride back up. Kris is quite fit and this meant nothing to him 😉 Another fact about Kris: please address him as “Dr Kris” as he actually has a doctorate.

I look forward to next time.