jBPM is a flexible open-source Business Process Management (BPM) Suite. The core of jBPM is a light-weight, extensible workflow engine written in pure Java that allows you to execute business processes using the latest BPMN 2.0 specification. It can run in any Java environment, embedded in your application or as a service. On top of that, it supports a lot of tooling to support the business process through its entire life cycle, both for developers and business users. This includes an Eclipse plugin, web-based Designer, repository, management console, etc.

jBPM 5.1 includes a lot of small bug fixes and feature enhancements based on the feedback we received from the community (for jBPM 5.0). Most important improvements include:

A full overview of everything that was included can be found in the jBPM JIRA. 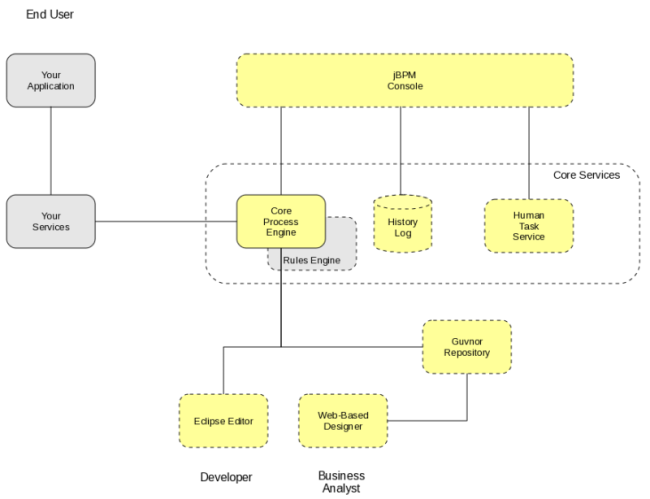 jBPM 5.1.0 is synchronized with Drools 5.2.0, which also has just been released. If you want to know more, take a look here.

I’d like to thank everyone that contributed to this release! This includes not just the core developers obviously, but everyone in the community that contributed in one way or another, from testing, improving documentation, creating examples, bug reporting to submitting patches and feature contributions!