What If!!! (Open Source Stability and Organisational Success)

Marvel comics do a line of “What If” alternative dimension comics. 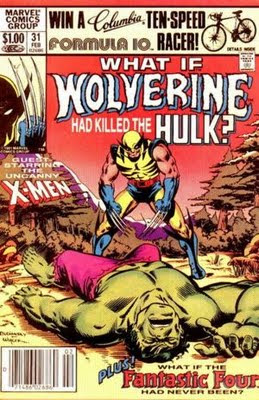 So around 2004/2005, I forget the exact date, Drools was still without commercial backing and I was exploring options. I actually had a meeting with ILog to see if it was something they were interested in. I got invited to their UK sales office, where they cordially pumped me for all my client contacts before sending me on my way – which was quite an amusing experience.

Anyway something reminded me of that recently, which made me think about “What if” scenario’s and Marvel comics 🙂

On reflection I’m pleased we joined JBoss, which was later acquired by Red Hat. I don’t believe there is any other large organisation more committed to Open Source than Red Hat. More able to build an honest, profitable and long term stable business around Open Source.

The long term stability aspect I think is immensely important, and was really drummed home to me after the Oracle acquisition of Sun. It made me reflect on the other open source companies out there struggling to find a workable business model and the uncertainty that this bring. It seems many explore hybrid business models of 20%+ closed source, children’s editions, restriction GPL licensing or confusing “adware” licenses to drive commercial licensing purchases.

I think this is an important consideration. With Red Hat Drools is in a stable environment, with an immensely successful business model that provides stability and long term outlook. You know that Drools is going to be there in 5 years time, that it will receive continued investment and remain 100% committed to OSS. That we won’t mess around with different licensing and business models, that RHT won’t shelve it due to acquisitions merging issues or start to hamstring it.

Had I taken any other route, be it VC or acquisition by another company, I’m convinced we would either be a hybrid license of 20%+ closed source or a restrictive GPL license to force license purchases, or worse seen as a marketing onramp for the “adult” closed source edition. All of which would have been very negative for the long term adoption of Drools.

Now that Drools is starting to push research boundaries and bringing real value to the field, I feel that this is even more important than ever. We are at a stage now where the really interesting work is starting and are able to do this in a stable environment with a long term outlook on what we are doing and planning. This wouldn’t be possible if we were changing business models or technology strategies every 9 months, while we try and find financial stability.

Recently I’ve been reflecting beyond just technology for a reasons of success and thinking organisationally. It seems companies are getting behind the unified model now, Pega and Tibo are pushing it and the market “gets it”. People don’t want separate systems for their business logic, they want something unified, integrated and consistent. Not something that is a mess of cognitive dissonance.

We started down this unified path 4+ years ago and the fruits are showing with Drools and jBPM. However on reflection the harder struggle is not a technology one, but an organisational one – aligning development teams and management directions and backing. At Red Hat we now have a singular team and management structure and a cohesive direction to move forward for an integrated rules, workflow and event processing platform. This is a great achievement, probably far more important than our technological achievements to date. It provides great stability and further enhances our ability to plan long term, with everyone on the same page and moving in the same direction. For want of a better word, we have achieved a perfect synergy and will reap the productivity gains as a result 🙂

Compare this to other large organisations with huge teams in different products, multiple competing acquisitions etc all just starting to move in this direction. Many of them may never be able to resolve the organisational issues necessary to really succeed.