Scaling Vehicle Routing with Nearby Selection

OptaPlanner 6.2 has made a big step forward for the Vehicle Routing Problem (VRP),
Traveling Salesman Problem (TSP) and similar use cases.
The new feature nearby selection enables it to scale to bigger problems much more efficiently
without sacrificing potential optimal solutions (which is common for inferior techniques).

Let’s take a closer look at nearby selection with the Vehicle Routing Problem.
In this use case, we have to deliver items to a number of geographic locations with a number of vehicles.
Each vehicle must respect its capacity (hard constraint) and we need to minimize the total travel time (soft constraint).
Of course, there will be additional business specific constraints in practice.

The metaheuristic algorithms try to improve the current solution by changing it (which is called a move)
to investigate other solutions. For example, here we have a VRP solution and we try 3 different moves on it,
in the hope to find a better solution: 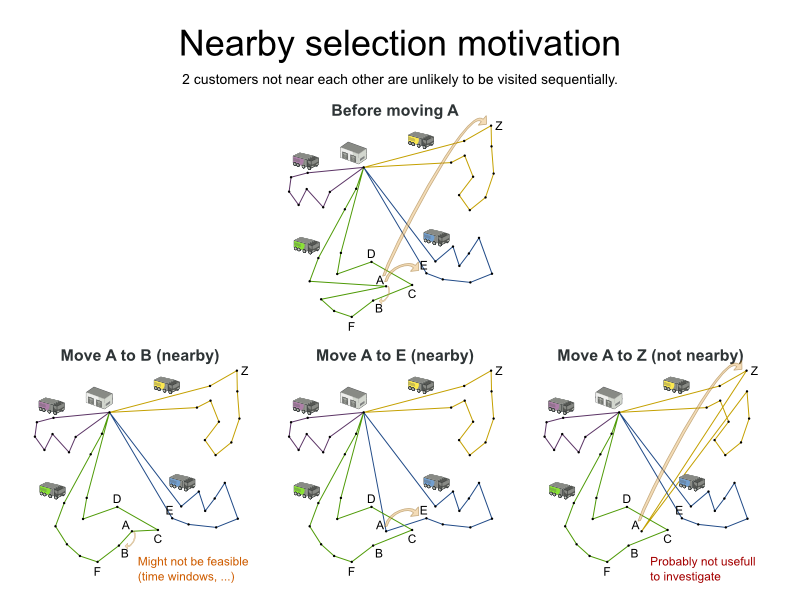 With normal move selectors, each of these 3 moves has the same chance of being selected. Some observations:

Suppose we have 2 000 locations in our VRP problem. That results 4 000 000 moves to change a single location.
If we can evaluate 100 000 moves per second and we need to 40 seconds to try all moves of just 1 location.
Our algorithms will need to change each location multiple times: let’s presume just 4 times,
resulting in 8 000 steps, which results into 320 000 seconds or over 3 days.
And it gets worse when the dataset grows:
the number of moves per location grows, evaluation time drops and the number of steps increases too…​

In practice, benchmarks show that normal distribution (which is giving the same selection probability for B and Z)
doesn’t scale well.

One traditional way to deal with this scaling issue is partitioning (also called geo-fencing):
Before solving, the locations are divided in clusters and the vehicles are distributed across them.
As demonstrated in a previous blog,
partitioning heavily sacrifices solution quality for speed.

So I’ve implemented a different approach called nearby selection: for each location we favor moving to nearby locations. 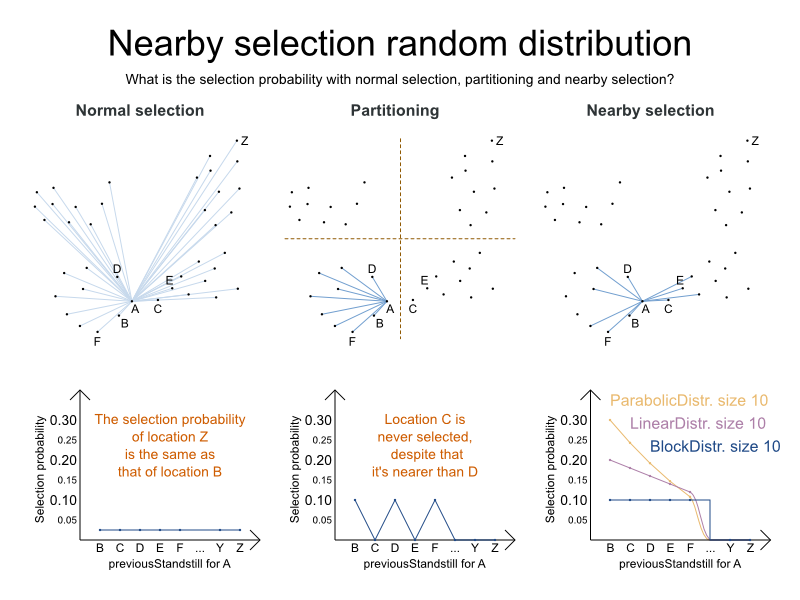 Notice that unlike in normal selection, the chance to select B or C is much higher.
And unlike in partitioning, we can still select C or E.

Below are the results in a big VRP dataset with real-world time distances (collected from OpenStreetMap with GraphHopper)
with 2750 locations. In the nearby selection configuration, I ‘ve used a parabolic distribution of the 40 nearest locations. 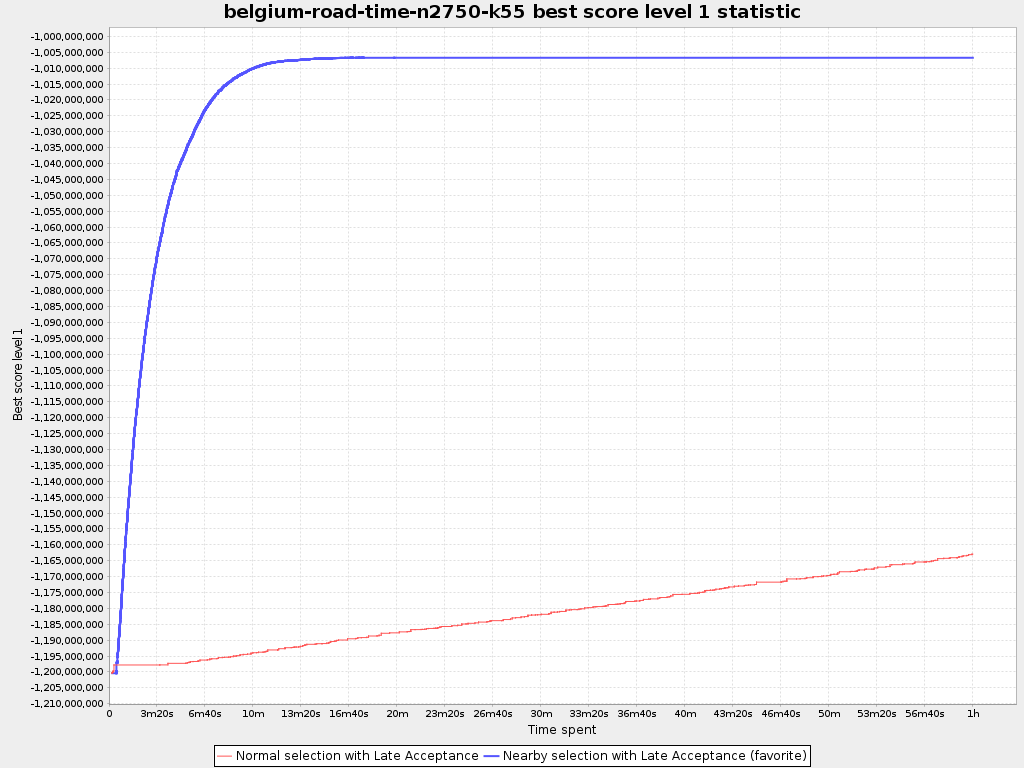 The scalability gain by nearby selection is huge.

If you’re working on a VRP use case and it needs to scale better,
upgrade to OptaPlanner 6.2 and use nearby selection!