by Maciej Swiderski - April 24, 2015
Process Article
It’s been a while since release of 6.2.0.Final but jBPM is not staying idle, quite the opposite lots of changes are coming in. To give a quick heads up on a feature that has been requested many times – asynchronous continuation.

So what is that? Asynchronous continuation is all about allowing process designers to decide what activities should be executed asynchronously without any additional work required. Some might have already be familiar with async work item handlers that require commands to be given that will be carrying the actual work. While this is very powerful feature it requires additional coding – wrapping business logic in a command. Another drawback is flexibility – one could not easily change if work shall be executed synchronously on asynchronously.

Nevertheless let’s take a look at the evolution of that concept to allow users decide themselves what and when should be executed in the background. Let’s take a quick look at simple process that is composed of service tasks 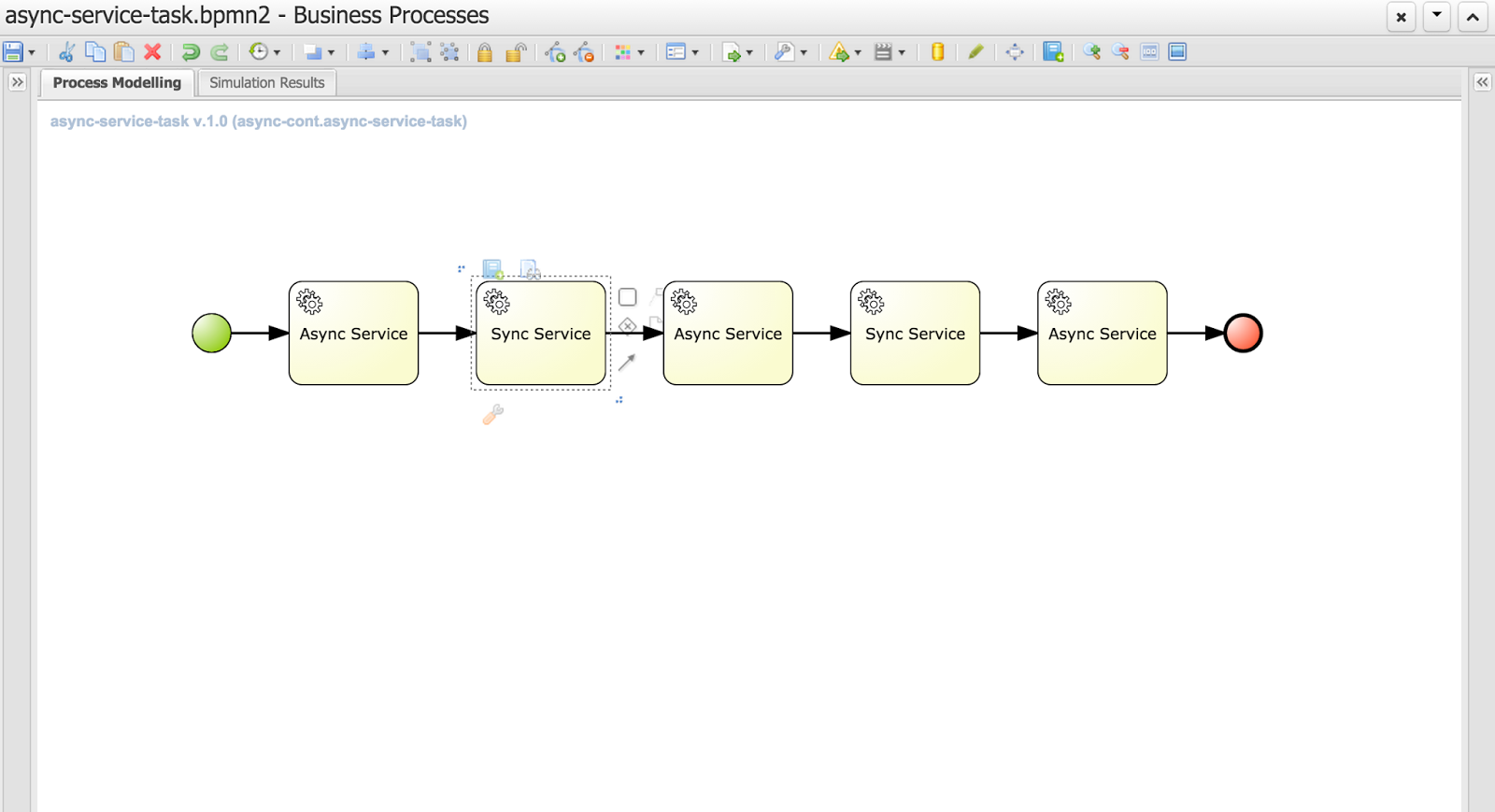 You can notice that this process has two types of tasks (look at their names):

As you can imagine async service will be executed in background while Sync service will be executed on the same thread that its preceding node – so if the preceding node is async node sync node with directly follow it within same thread.
That’s all clear and simple but then how do users define if the service task is async or sync? That’s again simple – it’s enough to define a dataInput on a task named ‘async’
That is the key information to the engine with will inform it how to deal with given node. 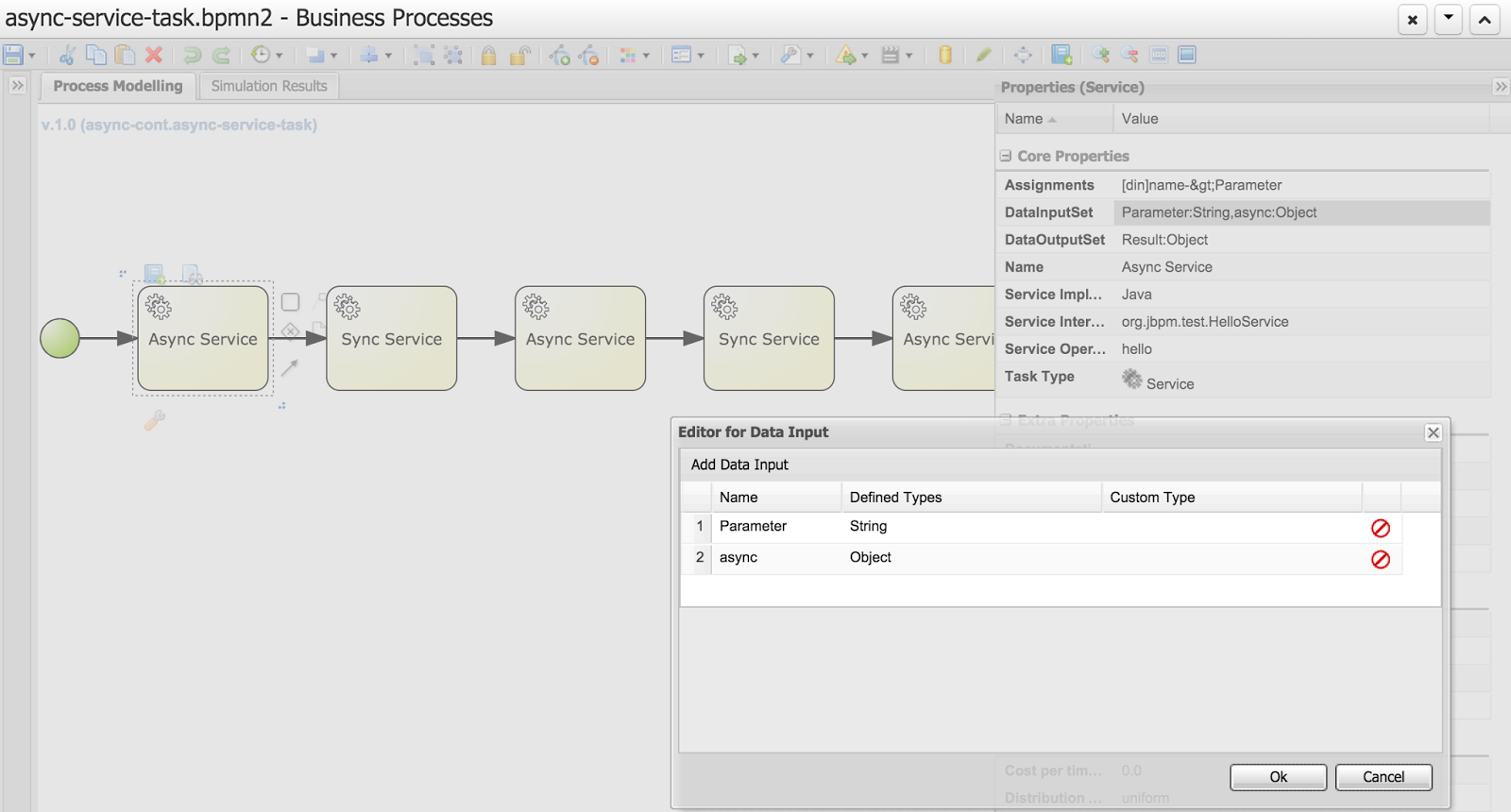 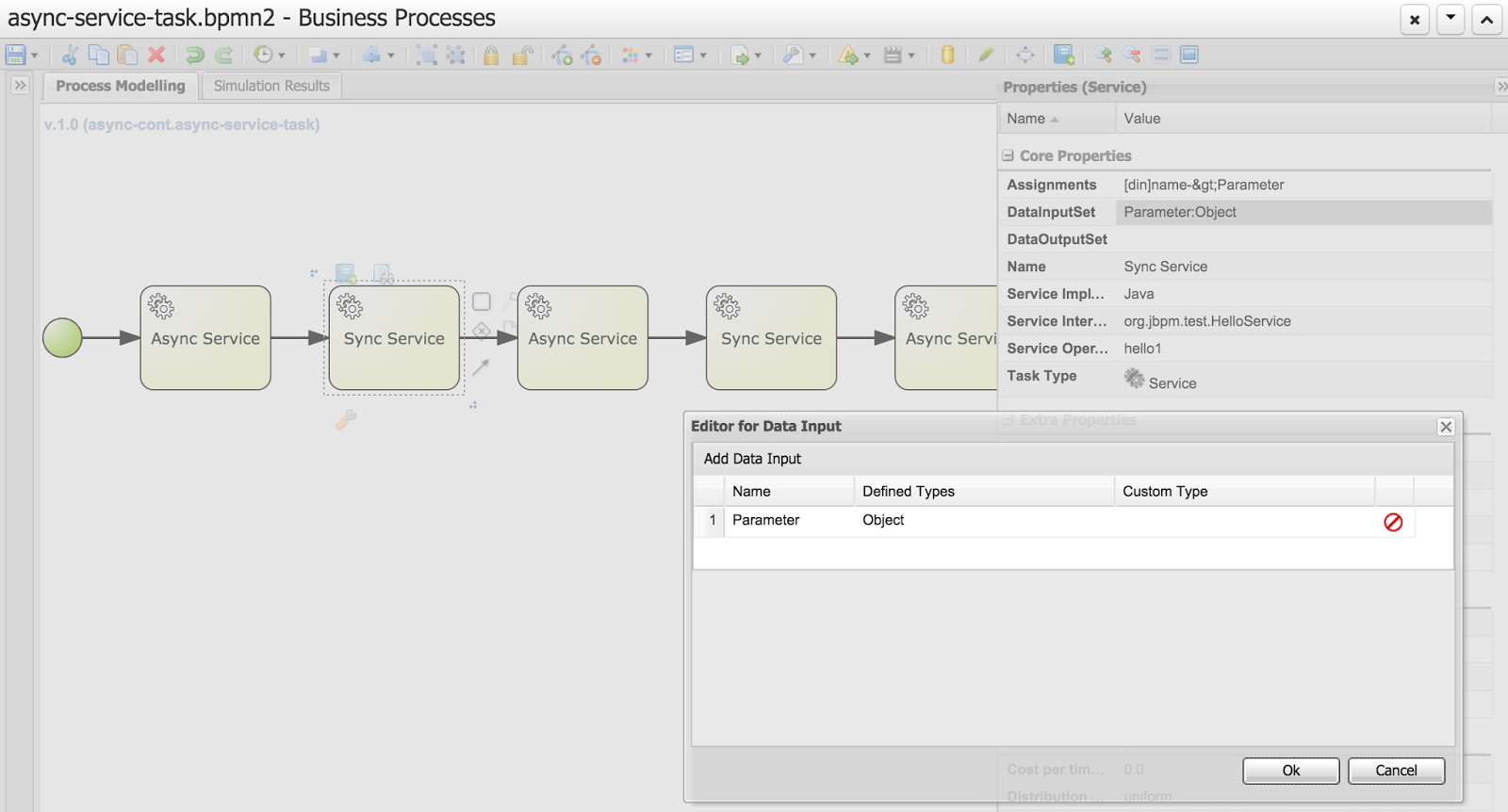 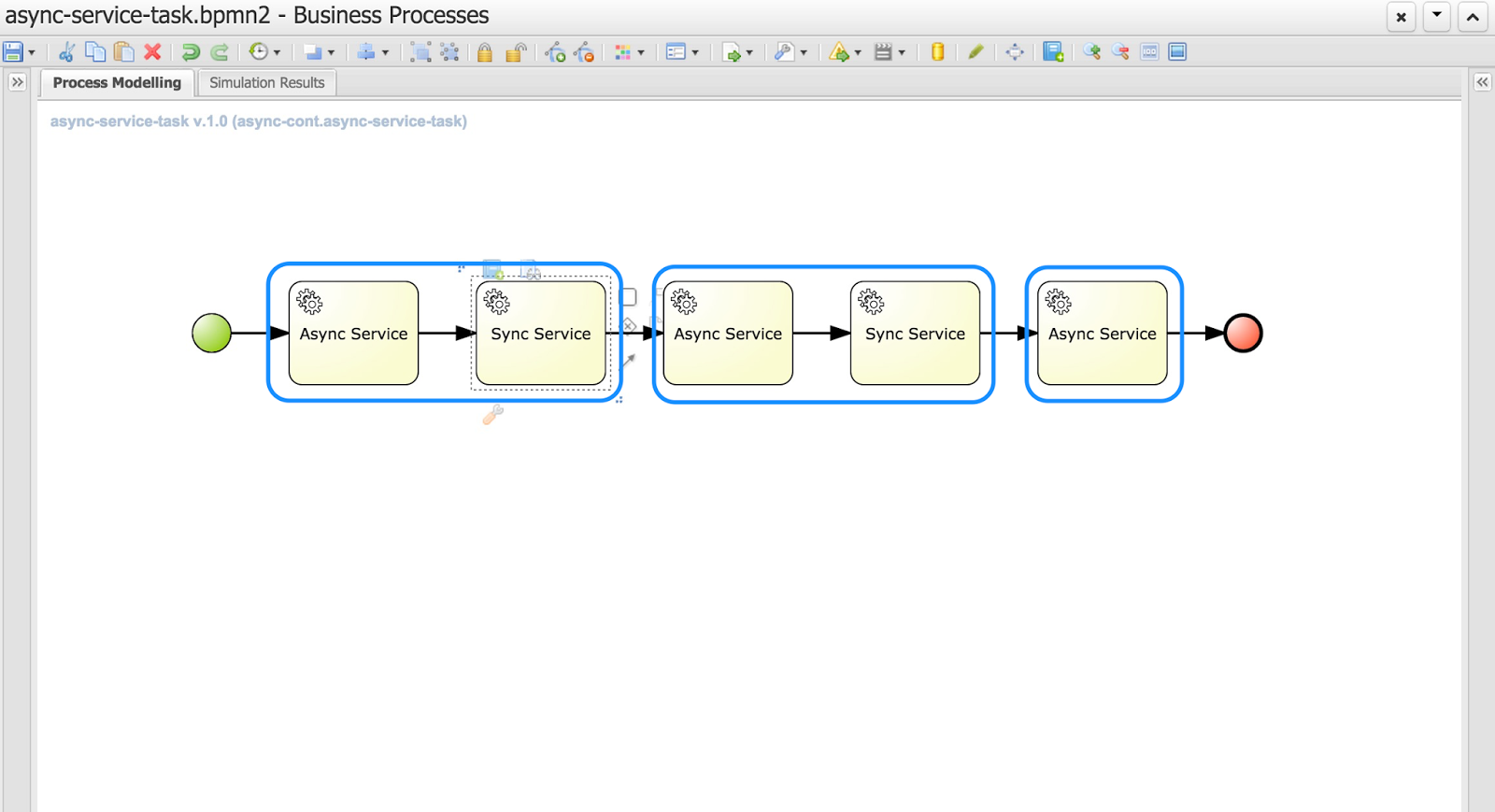 Even though Service Tasks are synchronous by nature in BPMN2 with just single setting we can make them execute in background without any coding.
Moreover, those of you who are already familiar with how jBPM works internally might noticed that these blue boxes actually represents transaction boundaries as well (well, not entirely as start and end node are part of transaction too). So with this we explored another advantage of this feature – possibility to easily define transaction scopes – meaning what nodes should be executed in single transaction. I believe that is another very important feature requested by many jBPM users.
Last but not least bit of technical details. This feature is backed by jBPM executor which is the backbone of asynchronous processing in jBPM 6. That means you need to have executor configured and running to be able to take advantage of this feature.
If you run on jBPM console (aka kie workbench) there is no need to do anything, you’re already fully equipped to do async continuation for all your process.
When you use jBPM in embedded mode there will be some additional steps required that depends on how you utilize jBPM API.
This feature is available for:
But what happens if user mark node as async but there is no ExecutorService available? Process will still run but will report warning in the log and proceed with nodes as synchronous execution. So it’s safe to model your process definition in async way even if there is no async behavior available (yet)

For those using eclipse modeler instead of web designer: In the new BPMN2 editor (1.2.2), there is a new element under general tab for all tasks, called Metadata. All that needs to be done is add an entry named customAsync and value = true. This will mark the task as asynchronous.

Hope you will like this feature and don’t hesitate to leave some comments with feedback and ideas!
P.S.
This feature is currently on jBPM master and scheduled to go out with 6.3, so if you would like to try it take the latest nightly build or build jBPM from source.
More to come with jBPM so stay tuned…