How lucky are your random seeds?

For a long time, it was uncertain if choosing different random seeds impacted the results of OptaPlanner.
Are there random seeds that yield statistically significant improvements to the
results of your solver? A new feature in OptaPlanner’s Benchmarker will help us figure it out.

As of version 6.4.0.Beta1, the benchmarker will support statistical benchmarking — built-in support for running individual benchmarks repeatedly to eliminate negative influences
of the hardware or operating system on our benchmark results.

Benchmarker will visualize the multiple runs in the report: 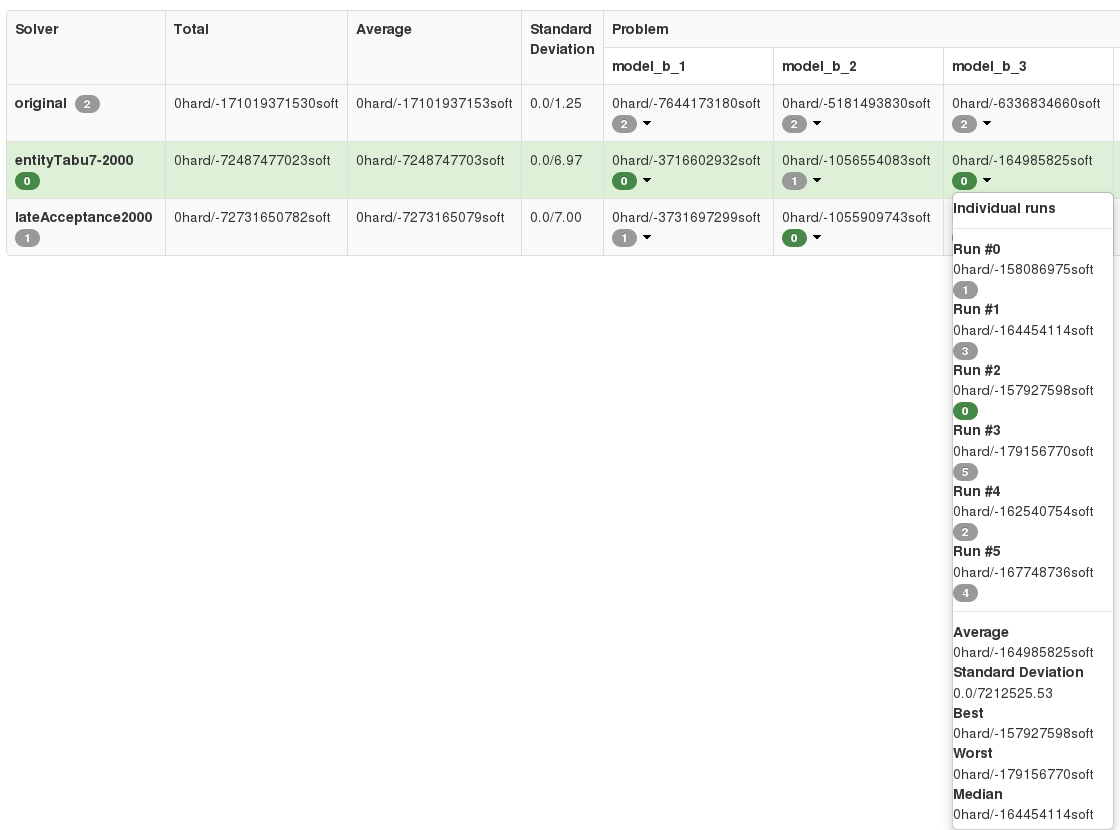 OptaPlanner also shows us the distribution of the scores of repeated benchmark runs and compares them with
the other solver configurations for a given problem (dataset):

We can enable it by adding just one line into our configuration: <subSingleCount>10</subSingleCount>.
For more information, read the section on statistical benchmarking in the documentation for OptaPlanner 6.4.0.Beta1.

With the help of statistical benchmarking we can be more sure than ever before that our assumptions about solver
configuration reliability in production are correct.

You can view the individual benchmark reports at the following links:

The various outliers suggest that there are “lucky” and “unlucky” random seeds,
but they don’t seem to influence the results in any significant way in general.
Again, there are specific datasets and use-cases which are more or less prone to changes in random seeds — we can can make use of statistical benchmarking to confirm if this is or isn’t our case.

Do we need a lucky random seed to get optimal results?

We need more than just a lucky random seed to get optimal results.
My personal opinion is, that our test results were inconclusive.
There are several indicators:

In production, definitely use the PRODUCTION environment mode and let OptaPlanner choose a random seed on random.
A good choice might save you or your business quite a bit of money,
but don’t expect to always find a random seed that can affect the outcome in any (statistically) significant way.