The latests and greatest Drools 6.4.0.Final release is now available for download.

This is an incremental release on our previous build that brings several improvements in the core engine and the web workbench.

You can find more details, downloads and documentation here:

Read below some of the highlights of the release.

You can also check the new releases for:

The general look and feel in the entire workbench has been updated to adopt PatternFly. The update brings a cleaner, lightweight and more consistent user experience throughout every screen. Allowing users focus on the data and the tasks by removing all unnecessary visual elements. Interactions and behaviour remain mostly unchanged, limiting the scope of this change to visual updates. 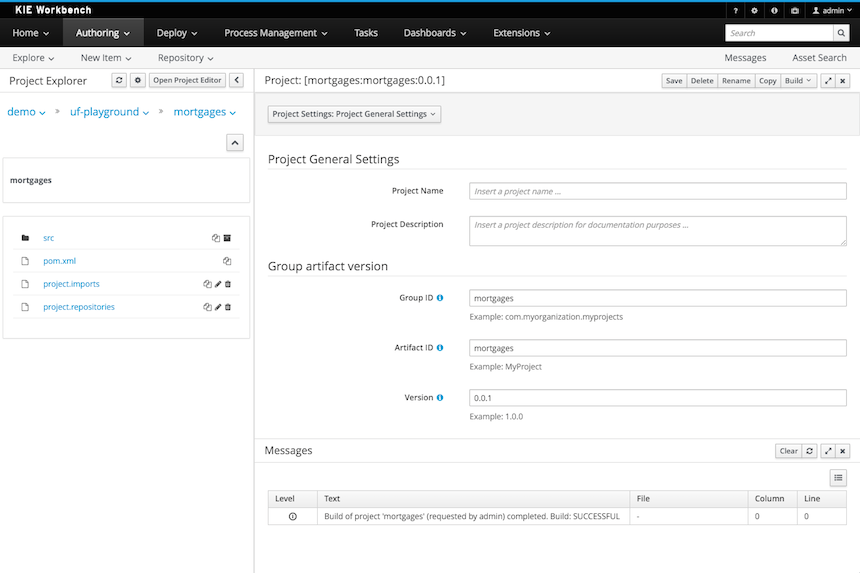 In addition to the PatternFly update described above which targeted the general look and feel, many individual components in the workbench have been improved to create a better user experience. This involved making sure the default size of modal popup windows is appropriate to fit the corresponding content, adjusting the size of text fields as well as aligning labels, and improving the resize behaviour of various components when used on smaller screens. 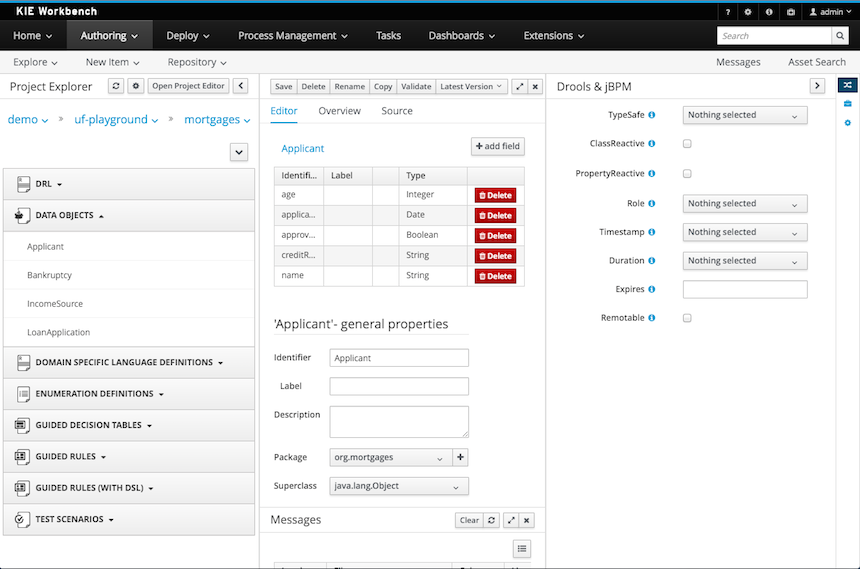 The KIE Execution Server Management UI has been completely redesigned to adjust to major improvements introduced recently. Besides the fact that new UI has been built from scratch and following best practices provided by PatternFly, the new interface expands previous features giving users more control of their servers.

It is now possible to use Java 8 syntax (lambdas and method references) in the Right Hand Side (then) part of a rule.

The incremental compilation (dynamic rule-base update) had some relevant flaws when one or more rules with a subnetwork (rules with complex existential patterns) were involved, especially when the same subnetwork was shared among different rules. This issue required a partial rewriting of the existing incremental compilation algorithm, followed by a complete audit that has also been validated by brand new test suite made by more than 20,000 test cases only in this area.

Engine’s code dealing with multi-threading has been partially rewritten in order to remove a large number of synchronisation points and improve stability and predictability.

OOPath has been introduced with Drools 6.3.0. In Drools 6.4.0 it has been enhanced to support a number of new features.