by Geoffrey De Smet - April 7, 2020
Optimization Article
Traditionally, to scale out with OptaPlanner,
you had to learn DRL. No more.
With the new Constraints Streams API, inspired by Java 8 Streams and SQL,
you can now write your constraints in Java (or Kotlin or Scala)
and still benefit from incremental calculation.
Underneath, Constraints Streams (CS) still use the powerful Drools engine.
We also still fully support score DRLs too. They are not deprecated.
Let’s start with an example.
In nurse rostering, to avoid assigning shifts to employee Ann,
you would write this constraint in DRL:
This is the same constraint in Java using Constraint Streams:
If you’re familiar with SQL or Java 8 streams, this should look familiar.
Given a potential solution with four shifts (two of which are assigned to Ann),
those shifts flow through the Constraint Stream like this:

This new approach to writing constraints has several benefits:

First off, unlike an EasyScoreCalculator,
Constraint Streams still apply incremental score calculation to scale out, just like DRL.
For example, when a move swaps the employee of two shifts, only the delta is calculated.
That’s a huge scalability gain: 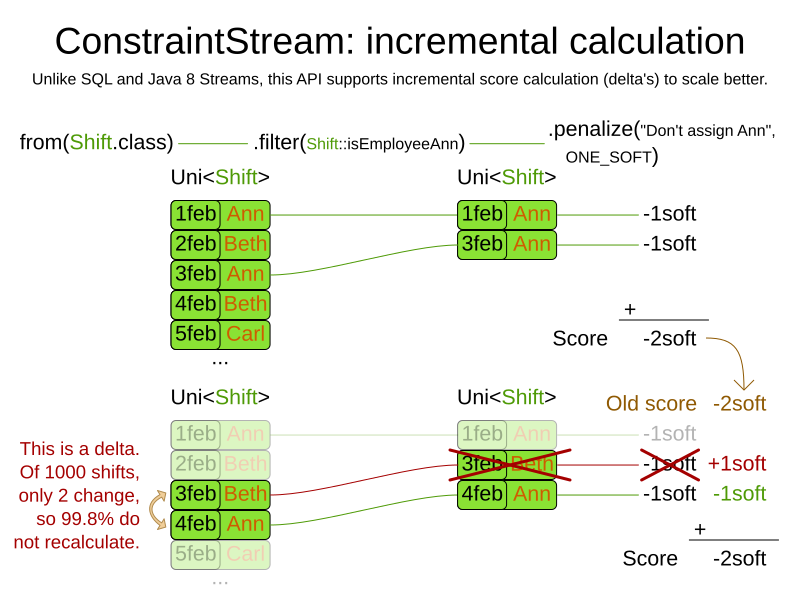 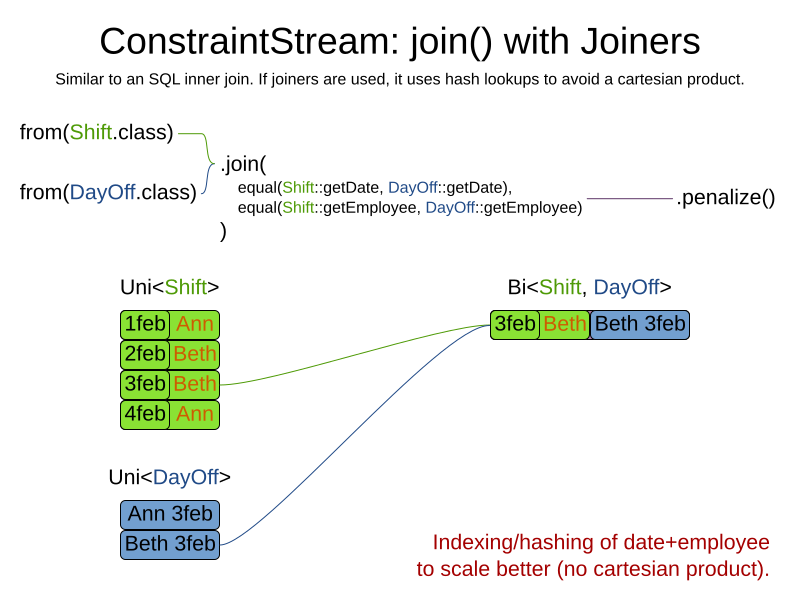 Because ConstraintsStreams are written in the Java language,
they piggy-back on very strong tooling support.
Code highlighting, code completion and debugging just work:

Of course, all API methods have Javadocs.

Add a breakpoint in ConstraintStream’s filter():

To diagnose issues while debugging:

The Constraint Streams API allows us to add syntactic sugar
and powerful new concepts, specifically tailored to help you build complex constraints.
Just to highlight one of these, let’s take a look at the powerful groupBy method: 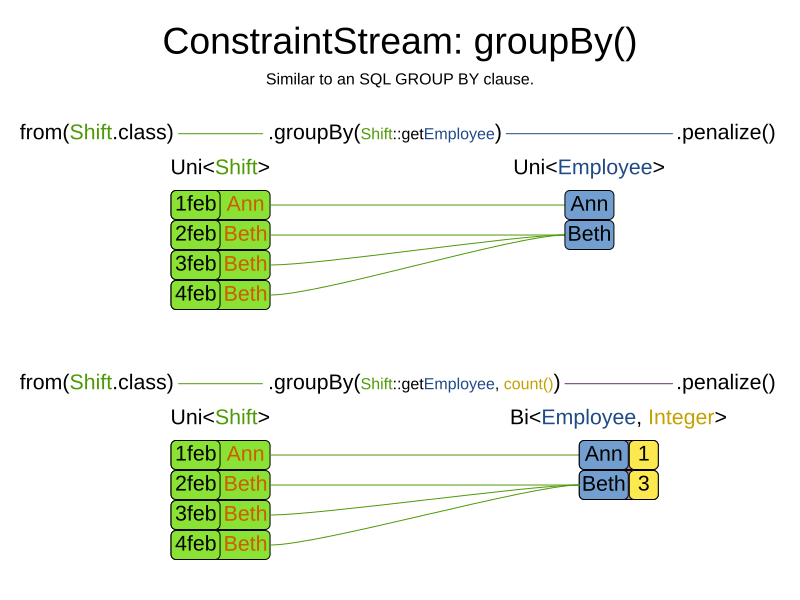 Similar to an SQL GROUP BY operator or a Java 8 Stream Collector,
it support sum(), count(), countDistinct(), min(), max(), toList()
and even custom functions, again without loss of incremental score calculation.

First off, a big thanks to Lukáš Petrovický
for all his work on Constraints Streams!
But this is just the beginning.
We envision more advanced functions,
such as load balancing/fairness methods
to make such constraints easier to implement.
Right now, our first priority is to make it easier to unit test constraints in isolation.
Think Test Driven Design. Stay tuned!