How much faster is Java 15?

Java 15 was released on the 15th of September 2020 and has promised to bring with it a few performance tweaks in its G1GC
and ParallelGC garbage collectors.

What does it mean for
OptaPlanner? Are there any benefits to be gained from upgrading from JDK11 to JDK15? In 2019,
we found out that ParallelGC works better for OptaPlanner. Is that still the case a year later? Let’s put it to the test!

This article is a follow up on our
Java 11
and our
Java 8 performance comparison benchmarks.

To run the benchmark we used:

Parallel GC remains to be the preferred GC to be used with OptaPlanner, since the throughput is still the most relevant
factor when it comes to garbage collection. 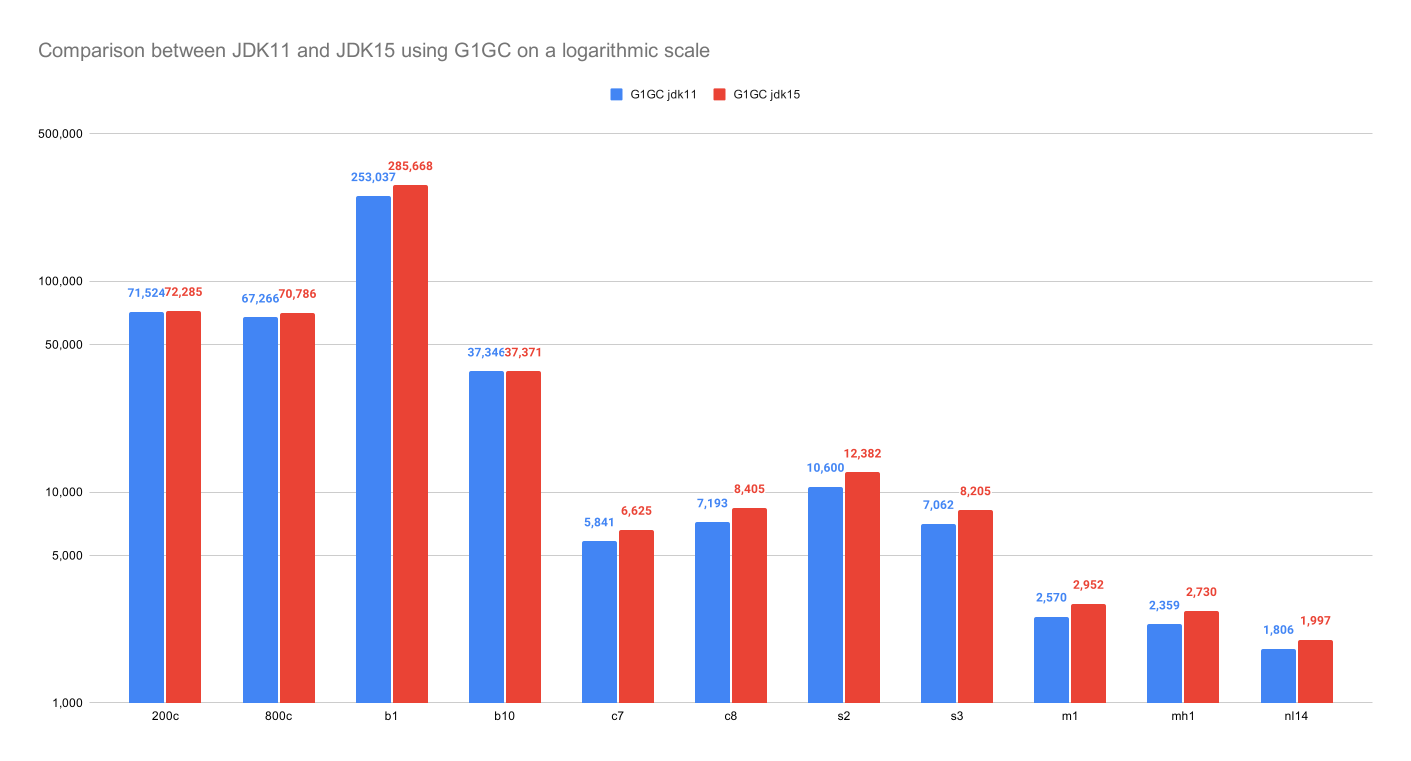 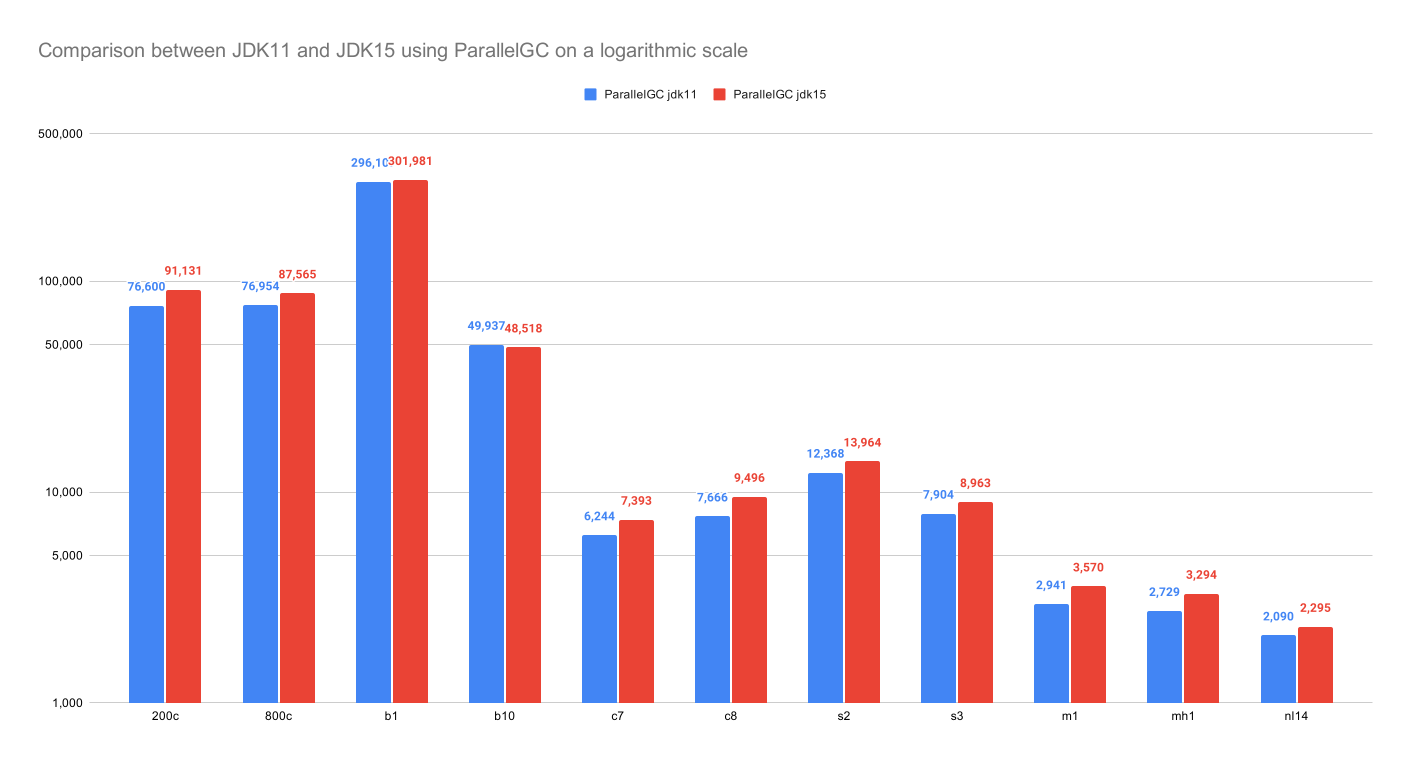 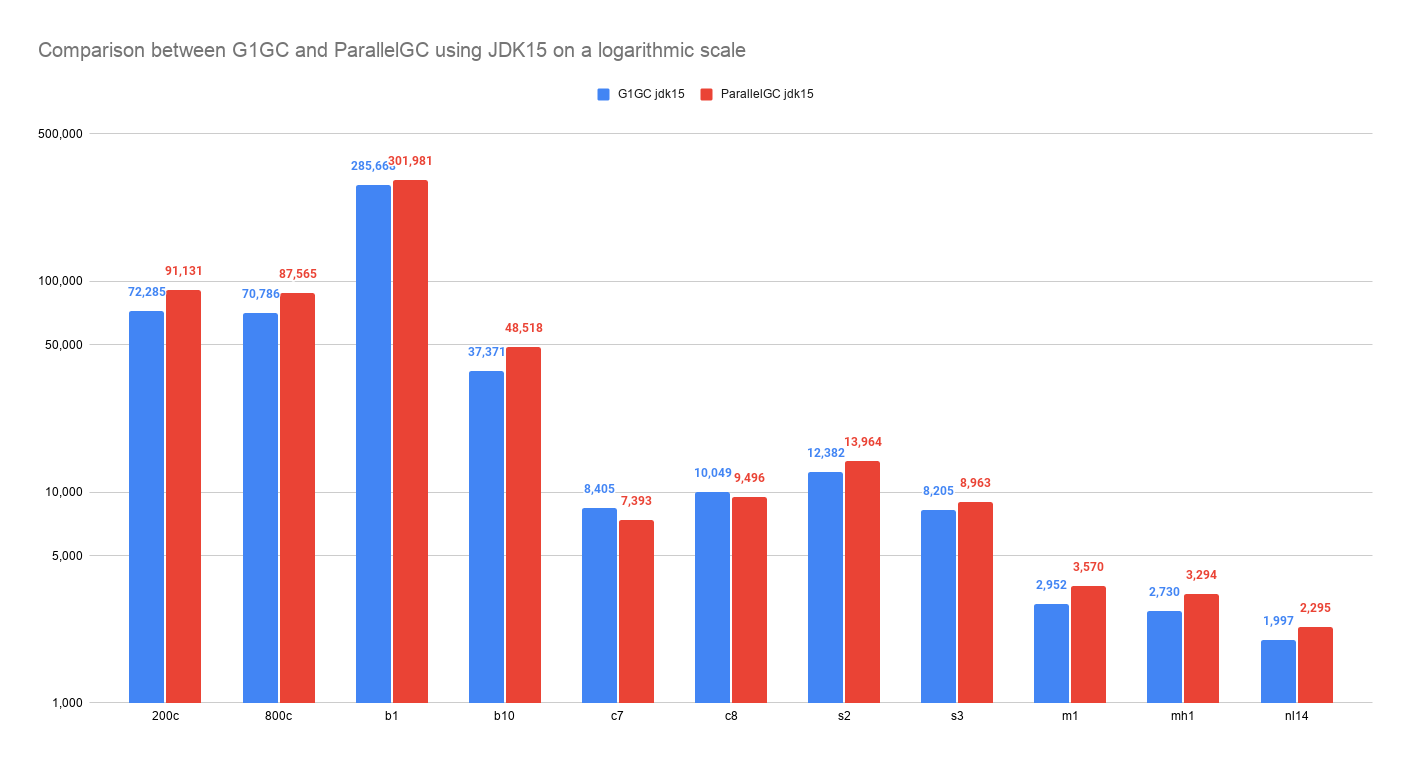 In conclusion, the performance gained in the JDK15 version is well worth considering regarding OptaPlanner. In addition, the preferred garbage collector to use is still ParallelGC, the performance of which is even better in comparison with G1GC than it was in our previous JDK performance comparison.